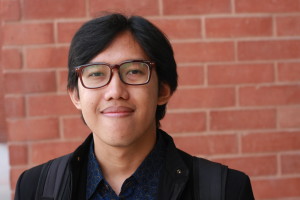 Indonesia is the fourth most populous country in the world with around 240 million people. Indonesia is the largest archipelagic country in the world with an estimation around 18,307 islands. It is the third largest democratic country and the largest Muslim-majority nation in the world, and one of the most pluralistic societies in the world with around 300 ethnic groups and speaks around 365 different local languages. We live with a motto so-called “Unity in Diversity” meaning that although there are different religions, ethnics, and languages but we live peacefully and united. Indonesia is a very big country with diverse cultures, beautiful and rich in natural resources and there are so many to share. 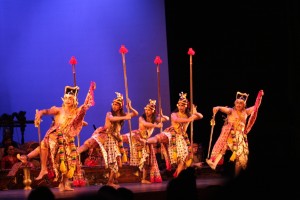 Sulthon Sjahril Sabaruddin is currently a Visiting Fulbright Scholar 2014/2015 at the Department of Economics, Pomona College. He is an Indonesian official diplomat working at the Center for Policy Analysis and Development on American and European Regions, Ministry of Foreign Affairs of the Republic of Indonesia. He is also an adjunct economics lecturer at Universitas 17 Agustus 1945 Jakarta. He has written articles mostly in national scholarly journals and won several prestigious awards and scholarships including those from the Argentine Ministry of Foreign Affairs and Mexican Government. He completed Doctorate Degree in Economics from University of Indonesia in 2012.

The goal of his stay at the Department of Economics, Pomona College is to collaborate with Stephen V. Marks, Elden Smith Professor of Economics, on the proposed research project under the theme “Towards Enhancing Trade Potentials between Indonesia and the Latin American and Caribbean Countries: Export Competitiveness and Partial Equilibrium Analysis”. The study among others uses the SMART Model, international trade indicators and mappings, and qualitative political-economic analysis.

Apart from conducting the research works, he also participated the Preparing Future Faculty (PFF) Program and Digital Learning Lab Workshops organized by the Claremont Graduate University. Further, he does also audit and visit certain classes, seminars and conferences at the Claremont Colleges. He considers all of these activities as part of his capacity development program to ultimately be an excellent scholar. During the sidelines, he does enjoy participate the Indonesian table program at the Oldenborg, Pomona College; socialize and participate the Indonesian communities in Claremont Colleges; and write short articles and academic papers based on his own research interest areas. For him, the opportunity given to be a visiting scholar is not only invaluable for his career back in his home country but most importantly is the opportunity to build long-lasting friends, relations and networks with experts and practitioners in Claremont Colleges as well as outside campus, particularly in his research areas. Thus, this journey is just a beginning.

The Golden Jubilee of Indonesia-Uruguay Diplomatic Relations: What’s Next?

The Outreach Lecturing Fund (OLF) by the Council for International Exchange of Scholars (CIES) to Support the Visiting Fulbright Scholar to Deliver a Visiting Lecture at the Center for Latin American and Border Studies, New Mexico State University, Las Cruces, 1 April 2015.