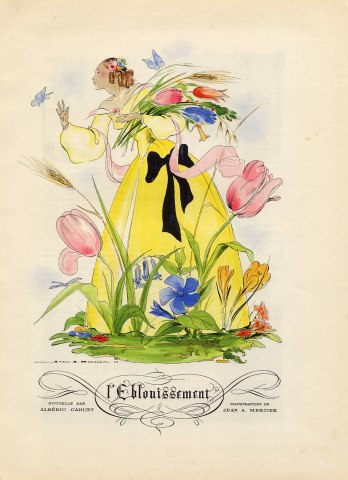 In stark contrast with the liberation of young women hoped for by Zola, the turn-of-the-century period was obsessed with what was perceived as the seemingly irreversible disappearance of the jeune fille, more and more emancipated and more and more rebellious against the rules of a patriarchal society which allowed her to become femme only once married. If she deviated from the norm, she could at best only become a courtisane, and if not, a vulgar fille.

Michel Pierssens will focus on Albéric Cahuet’s 1904 novel Au jardin des vierges, and will show that it takes up where the celebrated and infamous Les Demi- Vierges (1894) by Marcel Prévost had not ventured to tread. Albéric Cahuet manages to create a well-written story (mostly in form of vivid dialogue) on the basis of these anxiety-ridden moral and social aporias typical of the period. His novel might be looked upon as the very last testimony to a vanishing figure which had been the stuff of much of the two previous centurie’s fictions. Not long after that, Proust’s Jeunes Filles en Fleurs (1919) will have escaped for good from the constraints that made their predecessors lives so dangerous and their charms so tantalizing. And the fatality of youth was then to stay, as our panelists will argue, a remembrance of things past.