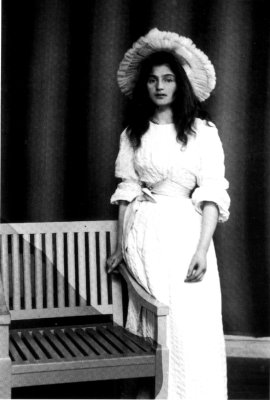 Mario Praz has emphasized the difficulties in cataloguing the femme fatale, but he did not consider the possibility of a fatal (and possibly virgin) femme enfant which makes the classification of such a figure an even richer procedure.

In an attempt to both introduce and re-contextualize the way in which women’s youth might have become dangerous, the initial paper of the panel will come back to the very first literary mention of the femme enfant in Catulle Mendès eponym novel of 1891. Virginie Pouzet-Duzer will show that this novel deals with representation rather than with ethics. The presence of the seductive young woman both in the title and in the text reveals a new kind of promiscuity called écriture artiste: what is feared is not the sexuality between the painter and the virgin, as much as the mixture of the arts. In other words, the fascination for female youth is to be seen as both metaphorical of the writers fear of the white page and announcing the shift (if not the loss) of an aesthetic era/aura.