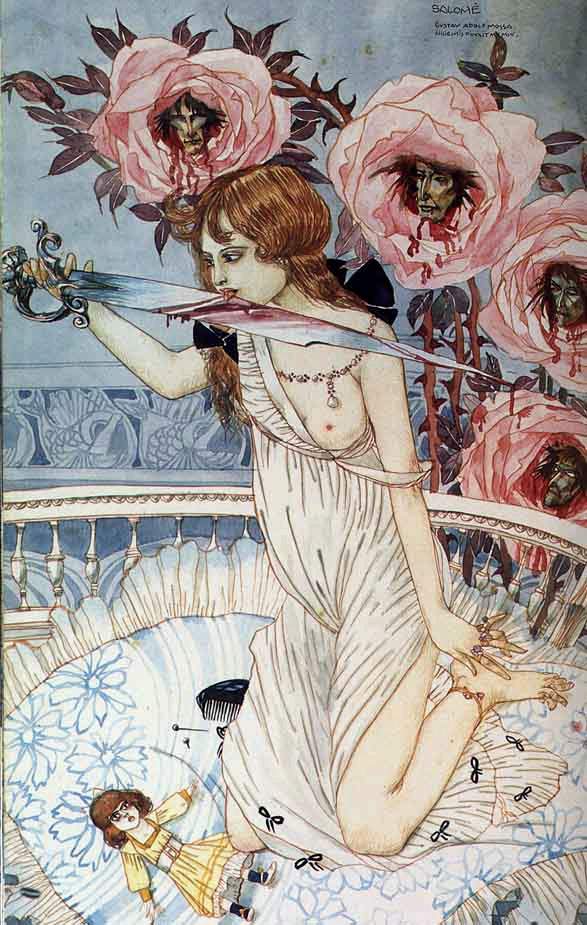 In his 1851 Essai sur les Femmes, Arthur Schopenhauer presented women as fixed in a latent stage between man and child. And it is from the seed of this misogyny that the femme enfant concept flourished in the naturalist, symbolist, decadent and even realist texts of that time period, as Mireille Dottin-Orsini has shown in her book, Cette Femme qu’ils disent fatale.

While the question of the femme fatale is rarely avoided in scholarship pertaining to the time period of 1870 to 1914, she is, for the most part, a seductive actress or a vamp-like prostitute whose age has very little to do with her dangerousness. However, the historian Agnès Thiercé has shown that adolescence is a social and cultural construct of the Third Republic. In other words, because they did not submit to pre-existing categories of thoughts, young women had the tendency to be seen as dangerous and both the literature, the paintings and the photographs portrayed them as fatal virgins. Considering the representation of these young girls (beyond childhood and not yet adult) this panel will follow a chronological and historical track, while concentrating on the less frequently studied young side of the femme fatale.