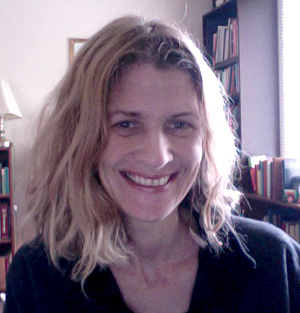 I received my Ph.D. in Comparative Literature from the University of Massachusetts at Amherst. My research relates to the Age of Goethe, Gotthold Ephraim Lessing, Translation Studies, alterity in narrative and philosophy, Shakespeare’s Tempest, Thomas Mann, fictional biography, and blank verse.

My publications include a book entitled Shakespeare, Reception and Translation: Germany and Japan (Continuum Press, 2004), an article on Thomas Mann’s novella Disorder and Early Sorrow (in Thomas Mann Memoria-Band. Eds Walter Delabar und Bodo Plachta. Berlin: Weidler, 2005) and one on the German film maker and novelist Doris Dörrie (in The New Europe at the Crossroads Series, edited by U. E. Beitter. Peter Lang, 2003), and a book-length translation of essays by the Canadian cultural theorist Harold A. Innis (Kreuzwege der Kommunikation. Ed. Karlheinz Barck.Vienna: Springer, 1997).

A constant in my research has been the question of how cultures and individuals represent the Other(s) to themselves. The study of modern translation theory and history has helped me to refine and complicate that question. In my book I examined eight German and four Japanese translations (whose publication dates ranged from the 1760s to now) of one Shakespearean text, finding that in each of them Shakespeare was a markedly different “Other”, in spite of the avowed neutral behavior on the part of the translators.

Guided by that same question of how we approach alterity personally as well as culturally, I am currently working on a book project that is a comparative study of narrative strategies used in first-person fictional biographies by Thomas Mann, Natsume Soseki, Christa Wolf, Philip Roth, and Orhan Pamuk. Drawing on notions of Self and Other as developed in the writings of Arthur Schopenhauer, Martin Buber, Emmanuel Levinas, and others, I read these narratives as critiques of traditional Western concepts of identity and individuality.

My other current research relates to eighteenth century German playwright and critic Gotthold E. Lessing, on whose essays and plays I have written several entries for the Literary Encyclopedia online (edited by Gerhard Knapp).

I have held teaching appointments at St. Olaf College in Northfield, Minnesota; at California State University in Long Beach; and at the German Summer School of the University of New Mexico. Among the courses I have taught are seminars on German intellectual history, eighteenth century German drama, twentieth century German poetry, twentieth-century fiction, and contemporary Turkish-German literature.