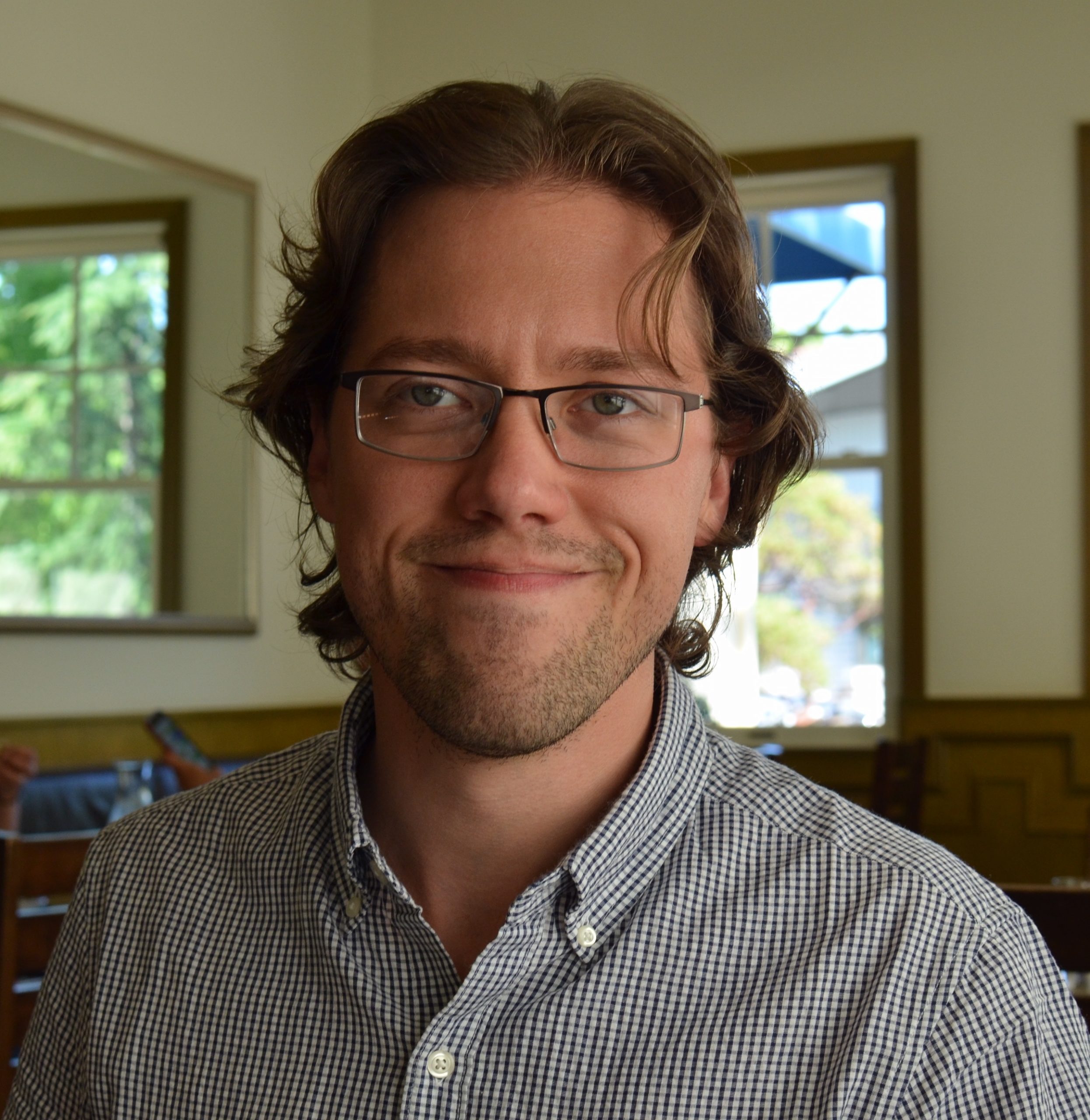 I’m Joe Osborn, and I do research in video game design and artificial intelligence: using AI to help make better designs, and building AI agents which can learn game design information from play. I teach courses in AI, computational logic and software verification, and game development.

This fall, I’ve started to keep track of my research thoughts and process in research journal posts. Please find them on the FAIM Lab website.

Please feel free to email me or come by my office in Edmunds 113 with questions about my classes, about general topics in CS, or about possible research work together. I’m also happy to schedule specific meeting times outside of office hours for non-class-related questions; use this Calendly link and pick a time that works for you!

I believe that being able to critique and author processes is a key literacy—human-authored computational processes are implicated in nearly every social space and interaction, and it is vital to understand these processes at a deep level and, sometimes, to circumvent or subvert them. Computer science pedagogy plays a central role in preparing students to recognize and critique computational systems, in addition to its traditional role in teaching students to design and implement new computational systems (an important creative and technological pursuit on its own).

My background is in fine arts (I hold an MFA in game design from the University of Southern California) and computer science (my PhD is from UC Santa Cruz’s Expressive Intelligence Studio). I also have some software engineering training from my undergrad (a B.S. in Software Engineering at Rochester Institute of Technology, as well as a year working at Vicarious Visions, a videogame developer in central New York).

My research connects these two interests—interactivity and theoretical computer science—with the hope that it will make both more accessible to non-specialist programmers. I run the FAIM Lab to bring together students with an interest in the analysis and creation of interactive media.

Somewhat surprisingly, I’m a little bit of a nerd. Outside of CS research, I like retro videogames and chiptunes, hobby electronics projects, fussy coffee, tasty food, and dad jokes. I play Splatoon 2 and 3 as ProfessorO (SW-7704-2067-7509); I’m ok at them. I also sponsor the 7Cs game club.