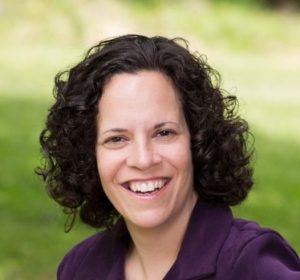 As of July 2018, Dr. Abrams is the Peter W. Stanley Professor of Linguistics and Cognitive Science and Coordinator of Cognitive Science at Pomona College. She is delighted to return to her alma mater after 27 years, where she double-majored in psychology and mathematics. She then earned her Ph.D. in cognitive psychology from the University of California, Los Angeles, and spent 20 years as a faculty member in the Department of Psychology at the University of Florida. Her research investigates language and memory processes in younger and older adults, specifically (a) the processes involved in comprehending and producing words, and (b) linguistic, cognitive, and non-cognitive factors that influence these processes. Dr. Abrams is interested in the causes underlying real-world retrieval problems, including tip-of-the-tongue states, interference from taboo words, spelling errors, and difficulties with proper names. Her research has been supported by the National Institute on Aging and the National Institute of Mental Health, and has been recognized by Sigma Xi, the Scientific Research Society, who awarded her the 2007 Young Investigator Award. She is a Fellow of the American Psychological Association, Association for Psychological Science, the Gerontological Society of America, and the Psychonomic Society. Dr. Abrams has also received recognition for her teaching and mentoring of students, earning induction into the University of Florida’s Academy of Distinguished Teaching Scholars as well as multiple national mentorship awards.