Enrollment grew by more than a quarter from 1993-2005 and has since decreased to less than 20% growth. 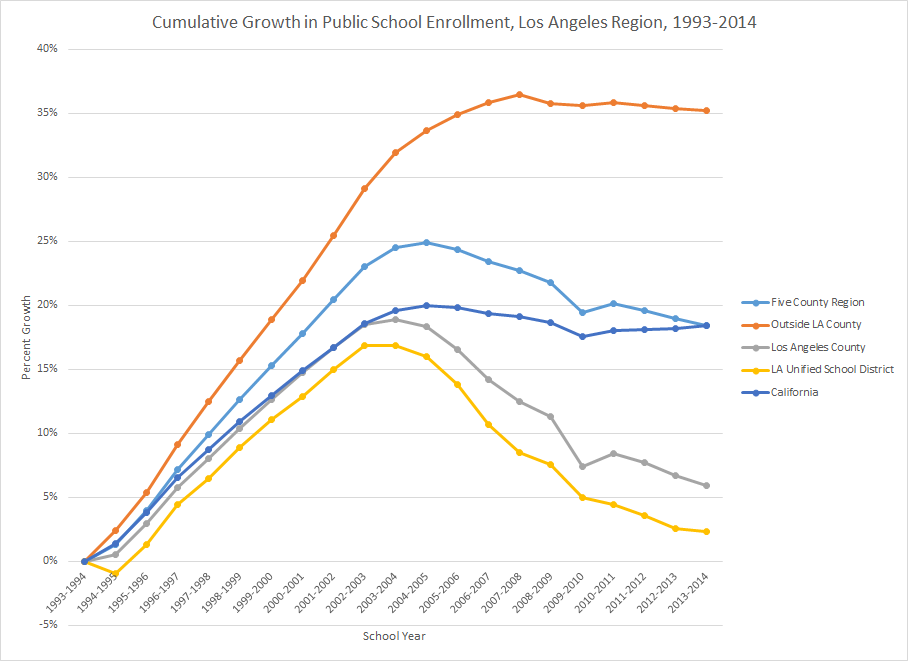 Click here for more Charts about Teachers and Staff!