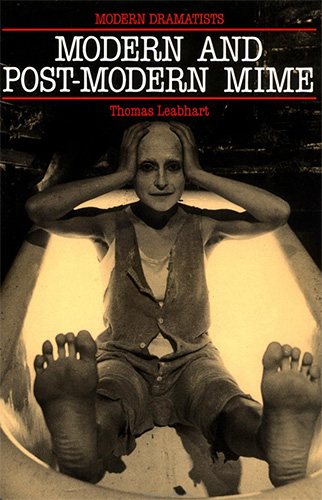 Perhaps theatre passes alternately through periods of synthesis and periods of analysis. Copeau certainly had a vision of a whole theatre, but the methods he employed to attain it, the research he provoked, led to more than fifty years of analysis of movement, mask work, circus skills, voice and other skills which are just now beginning to be reintegrated into a whole again. The post-modern period is a period of synthesis, but it is not simply a return to the ideas of Copeau; despite his vision and foresight, he allowed his effort to come to an end (at least, Gide speculated that he did) because the authors he hoped would appear to provide scripts for a new theatre did not. Contemporary performers, fuelled by half a century of research, are now following the advice of one of their mentors, Etienne Decroux. They have done away with the author as an individual separate from the theatrical activity. The author, if there is one, is increasingly the actor himself. The odd division of labour that had the author sitting down, thinking and writing, and the actor standing up, performing as his mouthpiece, is as schizophrenic an arrangement as is imaginable, reminding one of other equally absurd yet seemingly unnoticed divisions we take for granted in our time.

Post-modernism at its worst is an eclectic-hodge-podge, a popularization of hard-won discoveries, a co-opting of the pure vision of modernism. At its best, post-modernism is a vision of completeness, an integration of disparate elements into a resonant whole, a synergetic work that heals as it takes audience and actor simultaneously backward to their common roots and forward to their shared destiny. Post-modernism in its finest examples reintegrates the mind, voice and body in a return to the ancient period when the poet spoke, sang and mimed his own poem. Pp 114-115