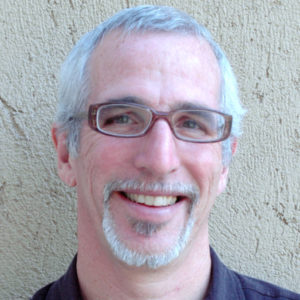 Victor Silverman is an Emmy-award winning filmmaker, historian and author. An internationally recognized scholar and the recipient of many prestigious fellowships and grants, Professor Silverman is the author of numerous books and articles. His films have screened on national and international television and in hundreds of film festivals, universities, and community events around the world.

His current film project is “Commies, Coloreds, and Queers”: The Stormy Voyage of the Marine Cooks and Stewards Union” which is in development. “They fought together for justice on the seas and at home against the most powerful forces in the USA–only to be crushed and swept aside. But they are no longer forgotten.” His last film, “Getting High,” (2017) is a provocative, feature-length documentary about his family’s collision with drugs and alcohol set against a backdrop of our society’s bitter conflicts about the “War on Drugs.”   Professor Silverman directed, produced, and wrote with Susan Stryker the Emmy-winning film “Screaming Queens:  The Riot at Compton’s Cafeteria,” about the night in 1966 when trans women and drag queens fought back against police violence in San Francisco’s tough Tenderloin neighborhood.

Professor Silverman is the author of three books—plus  an in-progress manuscript co-authored with Professor Miguel Tinker Salas: Trumplandia: The US and Latin America in the Age of Smoke and Mirrors which examines law and social networks in US interventions in the Americas.  His other works include California: On the Road Histories (with poet Laurie Glover); Los Angeles Times Front Page; and Imagining Internationalism. Often quoted in the press for his expertise in politics and history, his scholarly work encompasses a diversity of topics including US, international politics, labor, Jewish, queer, and environmental history. He has particular expertise in the past and present of US foreign relations, global institutions, and world social movements.  He earned his Ph.D. in History from the University of California, Berkeley in 1990 and has taught at universities in the US and China.

Silverman has worked as union organizer and consulted with the international labor movement on sustainable development policy.  He is a former radio public service and dramatic program producer and writer for KPFA, Berkeley and KRRC, Portland.  He authored several plays and screenplays, including a stage adaptation of Allen Ginsberg’s “Howl,” which he directed. He also has been an actor, dancer, construction laborer, and plumber.