The curious often ask about my name, which is auspicious name for a geologist. I’ve always gone by Jade Star. My parents put a creative twist on a poem by Li Po. I find it interesting to see where else the name has come up. For instance, there is a computer manufacturing company in Fremont with the name; a ship that runs in the Great Lakes and St. Lawrence waterways has the name. A shipping company in China has the name, and I’ve even eaten at a Chinese restaurant called Jade Star. There’s even a variety of watermelon.

I’m not the first Geologist in the Lackey family. That distinction goes to cousin Larry Lackey who worked in mining and economic geology for many years. He was part of three expeditions in Antarctica in the 1960s by teams from Ohio State University. To immortalize his contributions on these expeditions, a 7 km long promontory of igneous and sedimentary (Devonian) rock at 84°49′S 116°15′W  bears the name “Lackey Ridge“. It forms the western end of Buckeye Table in the Ohio Range, Horlick Mountains. Below is a picture of Lackey Ridge from a 1979-80 expedition from New Zealand. 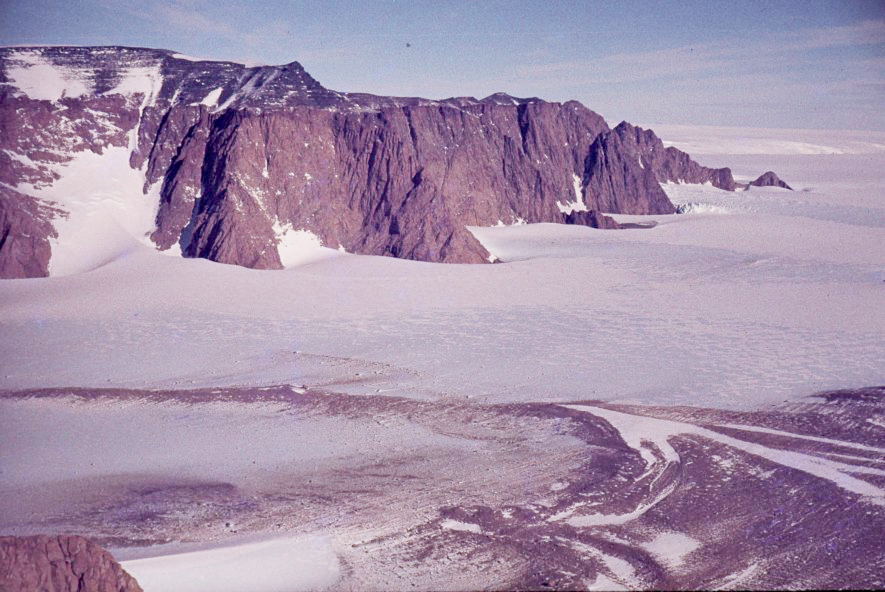