My project The Redomestication of Art is a long-term commitment to create art in response to specific situations in the domestic sphere. In this work I am seeking opportunities to make work that draws from a breadth of art forms in response to individuals, communities and environments. The Redomestication of Art engages questions about the place of art for the individual and the nature of authority and agency, the public and the private spheres and the potency of forms of art such as conceptualism, installation and performance when recontextualized for a private audience. 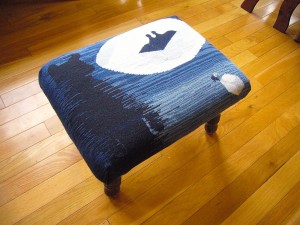 The family bathroom stool, an antique, has a new cover depicting the camping incident that demonstrated the truth of the saying “I had the shit scared out of me”. The front right image is a composting toilet and the twins are shown in their tent awaiting their fate. 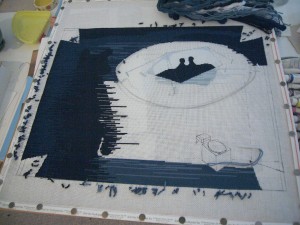 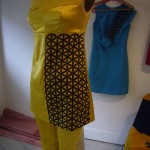 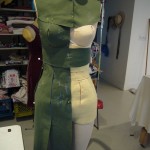 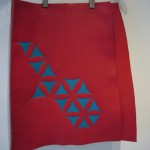 Dressing the Band. Los Angeles, California / Austin, Texas. Sewn garments to be worn by band members to perform at South by Southwest. 2009. 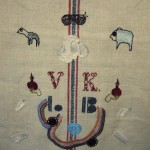 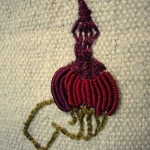 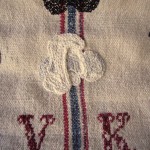 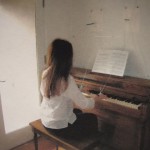 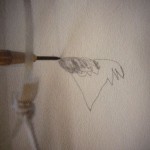 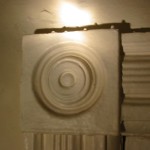 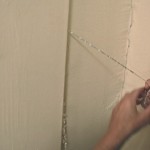 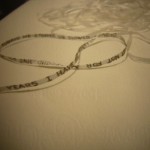 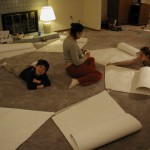 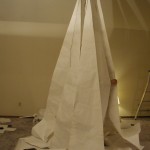 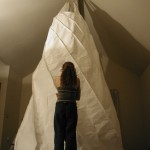