History
I fell in love with history. As I read, the narratives amazed me. Most specifically the first hand voices of historical figures in the form of letters changed my notion of the potential of language. I became a research fellow at the Getty in Malibu, CA where original letters were as beautiful as artworks. I wanted to write. Reading early American history I came across the machine of Thomas Jefferson. He wrote his letters in duplicate on his polygraph. I visited one of the originals in Philadelphia at the American Philosophical Society Museum. I talked to historians at Monticello. A version easier to use than the original was designed and built for me by John Biggs using contemporary machinist technology. Writing has become an act of drawing. I now write and draw in duplicate. 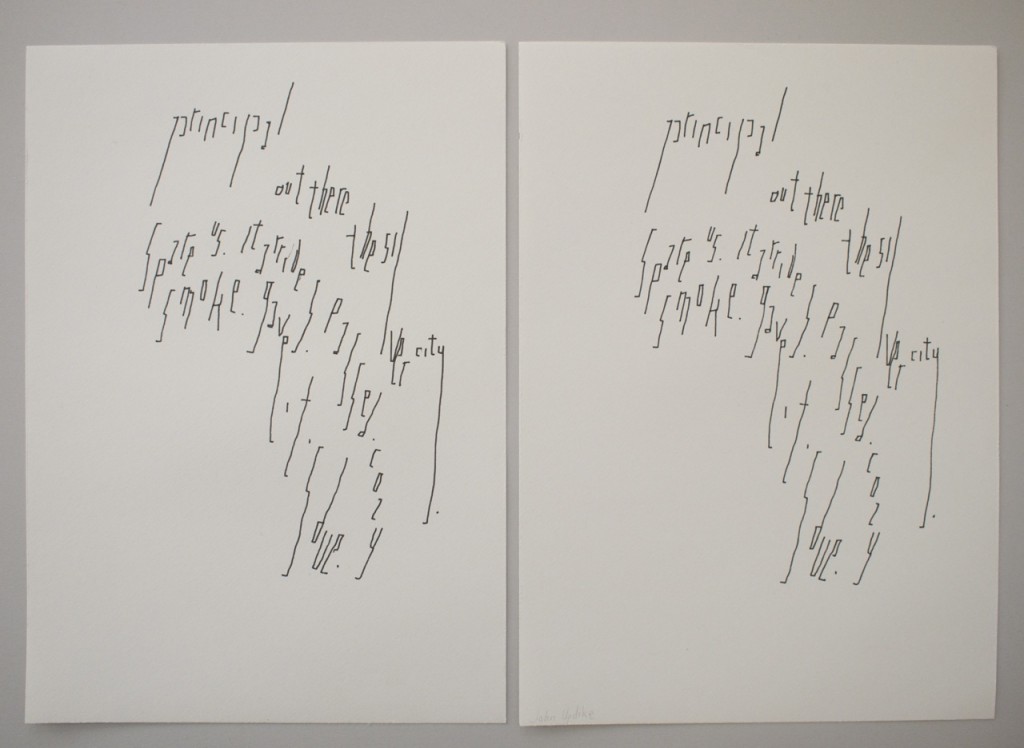 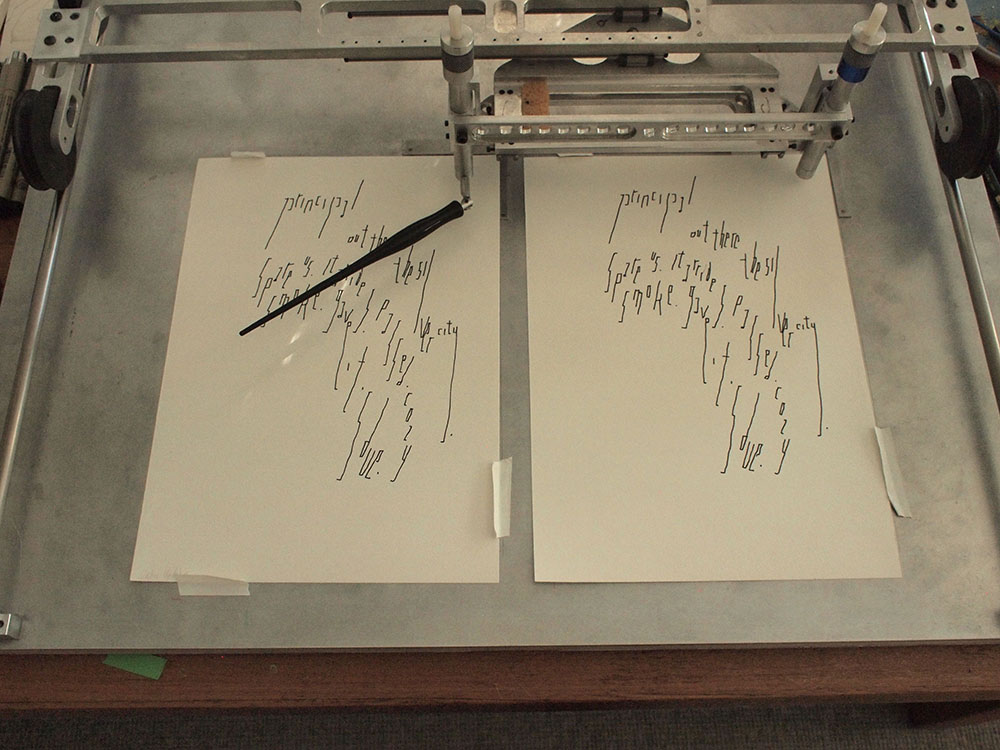 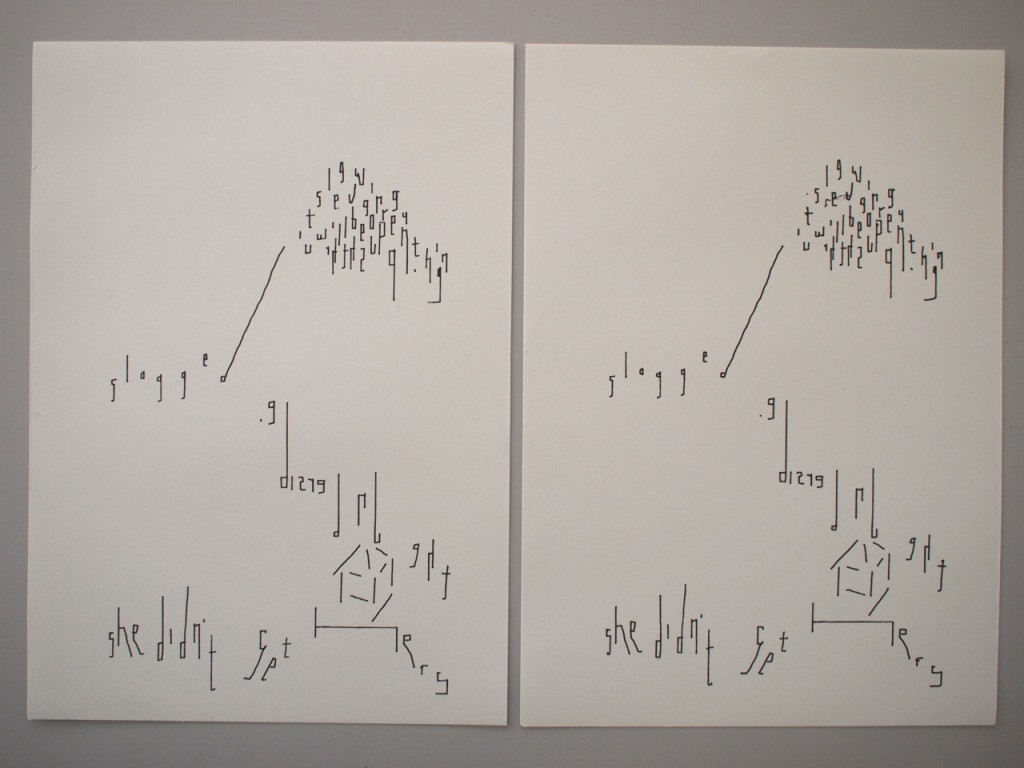 Last summer I was invited to do performances with my writing machine. In one, a poet’s library was available to the audience. The audience became performers, browsed the library and read to me. I made improvisational writings and drawings to their readings. Many observed. The reader received one of their drawings and I got to keep the other. In another performance a barn became a social space for the audience to read aloud. For each performance I made a dress to perform in for that specific context. These performances are just one way to activate the duplicate drawings. In other activities, I write letters and essays, and draw improvising from the sounds and voices of others, musicians, writers and storytellers. 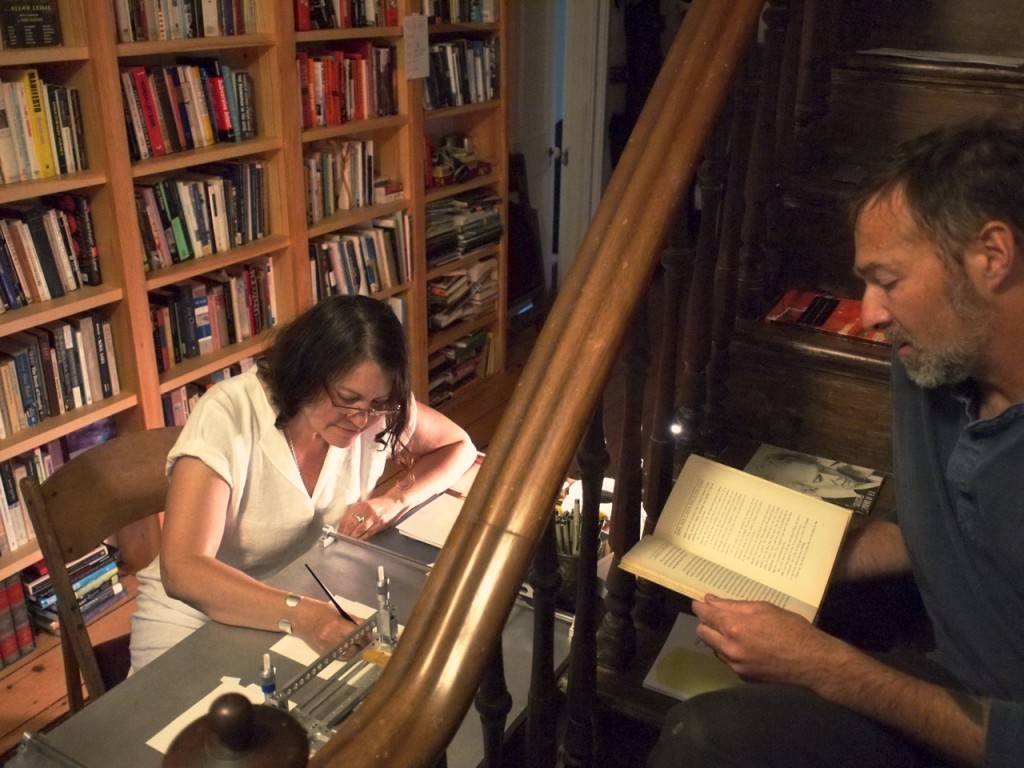 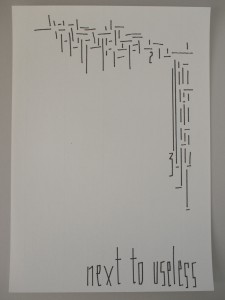 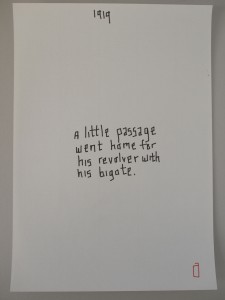 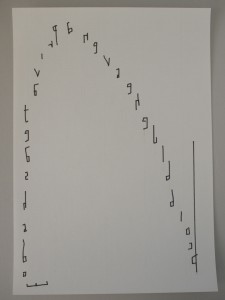 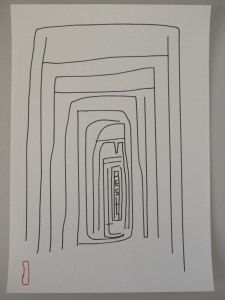 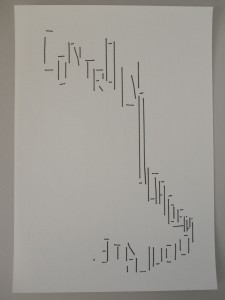 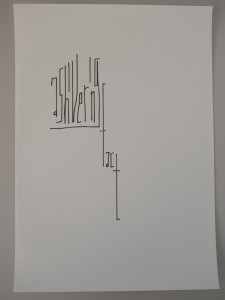