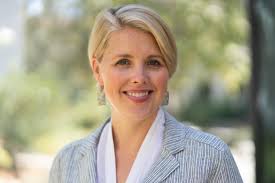 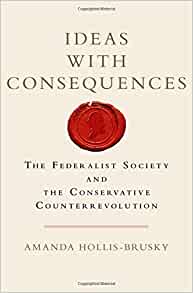 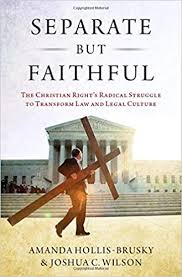 Professor Hollis-Brusky is the Chair of the Politics Department at Pomona College, where she teaches courses on American politics, constitutional law, and legal institutions.  A go-to expert on Supreme Court politics, Professor Hollis-Brusky has written and spoken about the Supreme Court and the conservative legal movement in various media outlets, including NPR’s All Things Considered, BBC World News, the New Yorker, the Los Angeles Times,  The San Francisco Chronicle,  The Washington Post, New York Magazine, Newsweek, AirTalk with Larry Mantel, KCRW’s Press Play and California Edition. She is also an editor at The Monkey Cage blog at The Washington Post. In 2014 and 2022, Hollis-Brusky was awarded the Wig Distinguished Teaching Award at Pomona College.

Her research examines the dynamics of constitutional change and the role “support structures” play in that process – i..e., networks of lawyers and academics, non-governmental institutions, and ideas. Her first book  Ideas with Consequences: The Federalist Society and the Conservative Counterrevolution (Oxford 2015; 2019) won the American Political Science Association’s  C. Herman Pritchett Award for the best book published on Law and Courts by a Political Scientist. Drawing on her award-winning research, Hollis-Brusky provided expert testimony on “Maintaining Judicial Independence and The Rule of Law: The Causes and Consequences of Court Capture” before the Judiciary Committee of the United States House of Representatives in September of 2020.

Hollis-Brusky’s recently-released second book, Separate but Faithful: The Christian Right’s Radical Struggle to Transform Law and Legal Culture examines the rise and efficacy of the conservative Christian legal movement. Professor Hollis-Brusky and her co-author Professor Wilson were awarded a three-year grant for this project in 2016 from the Law and Social Sciences division of the  National Science Foundation. In addition to her two books, Hollis-Brusky has also published articles on the conservative legal movement, Originalism, the unitary executive theory, the impeachment power and the Christian Right.

In October 2015, she had the privilege of interviewing Supreme Court Justice Sonia Sotomayor. In February of 2020, she sat down with former Attorney General Eric Holder for a wide-ranging conversation on voting rights, court reform, race and inequality, and the politicization of the Justice Department.