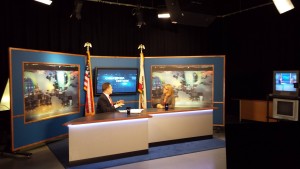 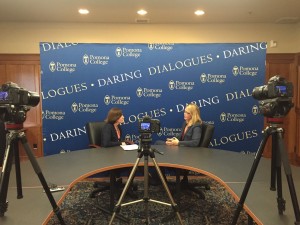 “Barr blames lawyers for undermining the president’s power. Actually, they helped build it.” Monkey Cage at The Washington Post. November 18, 2019.

“What is the Federalist Society and How Does it Affect Supreme Court Picks.” All Things Considered with Mary Louise Kelly. NPR. June 28, 2018.

“Trump’s Values are abhorrent to the Federalist Society of conservative lawyers. That doesn’t stop them from helping him.” Q&A with Henry Farrell. The Monkey Cage at the Washington Post. May 17, 2017.

“Donald Trump Blames Liberal Judges for Thwarting him on Sanctuary Cities. He Should Blame Conservative Lawyers Instead.” Op Ed, The Monkey Cage at the Washington Post. May 1, 2017.

“The Irresistible Rise of the Federalist Society.” Andrew Buttaro. The Weekly Standard. (review of Ideas with Consequences). March 23, 2015.

Excerpt of Ideas with Consequences on SALON, “The Federalist Society to Fox News to the Supreme Court: The real story behind the conservative war on Obamacare.” March 5, 2015.

Radio conversation on Ideas with Consequences with Jeff Schectman of Napa Broadcasting, “The Federalist Society and the Conservative Counterrevolution.” March 4, 2015

“How the Supreme Court Justices ‘benchslapped’ each other in the Hobby Lobby Case.” Op Ed, The Monkey Cage, Washington Post, July 1, 2014.

“Wikipedia pops up in bibliographies, and even college curricula.” Larry Gordon. Los Angeles Times, June 15, 2014. Feature in the LA Times  on my Intro American Politics Course and my Wikipedia Group Research project.

“Instead of Forbidding Wikipedia, This Professor Has Students Work to Improve It.” April 16, 2014.  Pomona College Website Feature on my Intro American Wikipedia Assignment.

“The Supreme Court and the Future of the Constitution” Pomona College Alumni Phonecast, Sept 16, 2013:

“Law at the Fault Lines,” Interview with KSPC about the Innaugural Conference of the Southern California Law and Social Science Forum, Feb 24, 2013

“Election Special,” Interview with KSPC about the potential impact of the Nov 2012 Elections on the Supreme Court