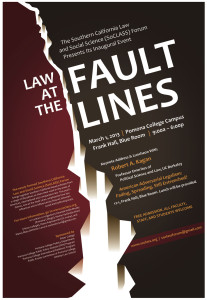 The Southern California Law and Social Science Forum brings together Southern California-based scholars from a range of academic disciplines to share their work in the areas of American, International, and Comparative Law. To date, its events have attracted hundreds of scholars, students, and community members from across Southern California.

The Forum held its innaugural event on March 1, 2013 at Pomona College in Claremont, CA. That year’s theme, Law at the Fault Lines, emphasized the ways in which law influences and is influenced by fissures between social and political groups. There were three panel sessions (“Marginalization & Law,” “Gender & Law,” and “Transitional Justice in Comparative Perspective”) as well as a Keynote Luncheon Address delivered by last year’s recipient of the APSA Law & Court’s Lifetime Achievement Award, Robert A. Kagan (Harvard & UC Berkeley Political Science). 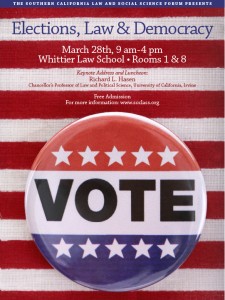 The Forum held its Third Annual event on March 27, 2015 at University of Southern California. Co-sponsored by the USC Law School and Political Science Department, SoCLASS III examined the theme of Law, Regulation, and Social Science. The conference featured eight panels of distinguished scholars from Southern California and beyond plus a keynote address by distinguished University of Pennsylvania scholar and regulation expert Cary Coglianese.  Program and other details can be found here. 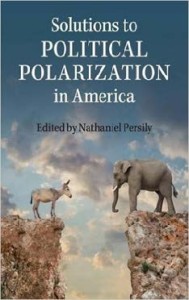 The Forum held its Fourth Annual event on March 18, 2016 at University of California, San Diego. Co-Sponsored by UCSD’s Center for Tomorrow’s California and The Yankelovich Center for Social Science Research, SoCLASS IV examined the question Are We Entering an Era of Dysfunction in American Government? If So, Can It Be Stopped? The Conference featured presentations by eighteen scholars and a Keynote Address by Nate Persily (Stanford University Law and Political Science). Full program available here.